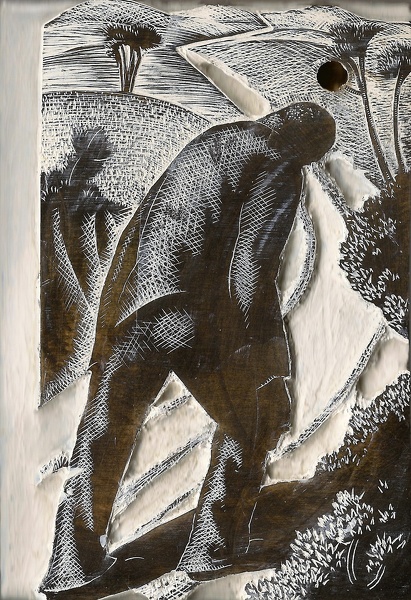 Clare Leighton was an  artist, writer and wood engraver, best known for her illustrated books recording English rural life (The Farmer's Year, 1933, Four Hedges, 1935), and her recording of life in America  where she emigrated to in 1939.   Southern Harvest, 1942, comprised over 35 vignettes including Picking cotton, shucking corn, boiling sorghum, and harvesting tobacco - all part of the rich agricultural heritage of the South - was amongst her most important achievements.  This was followed by an equally iconic England Industries,1952, (produced for Wedgwood). Together these two cycles of images amongst the most celebrated and poignant records of American rural life of their period.

Leighton would typically take several days to produce a wood engraving, painstakingly carving the image with special tools strong enough to incise into the end grain of the block, which was typically made of boxwood, sufficiently hard to allow for a number of prints to be made before any loss of sharpness.