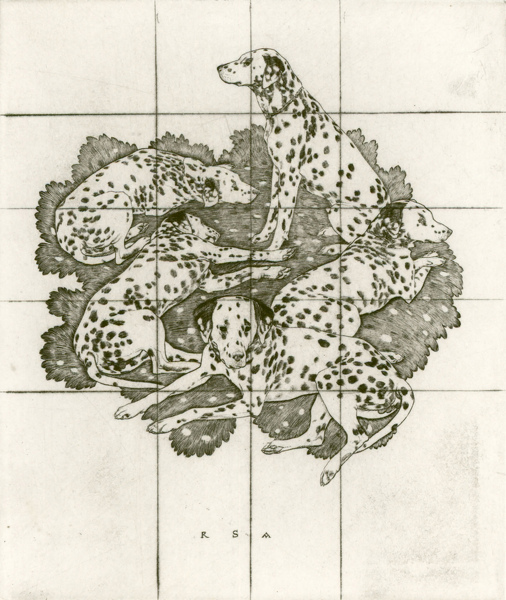 Ling was the name of the artist's Dalmatian, named after the family's home, Lingard House, in Chiswick.  The engraving, produced in 1936, shows Ling in five  different states of repose combined into a decorate cartouche.