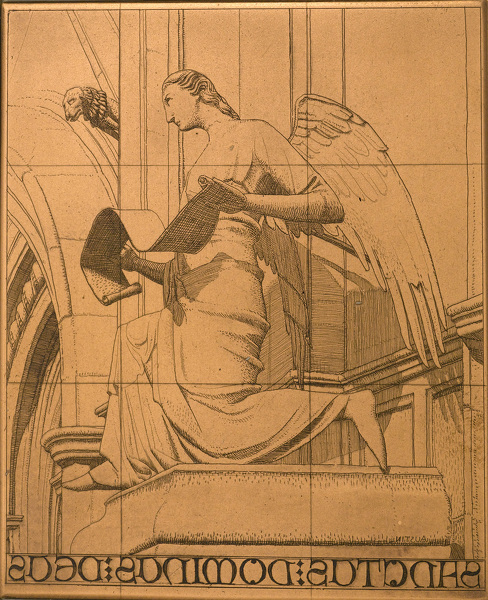 Austin was one of the greatest exponents of line engraving of  his century. Campbell Dodgson, Keeper of Prints and Drawings at the British Museum, who compiled the standard reference work on Austin, compared him to Albrecht Dürer, noting that Austin had ‘more than a touch of that master in him’ (Dodgson, Robert Austin, exh. cat.,Twenty-One Gallery, London, 1930).

Matthew he Evangelist, by Lorenzo Maitani, (c1275-1330) is a bronze statue which appears on the left pier of the façade of Orvieto Cathedral.