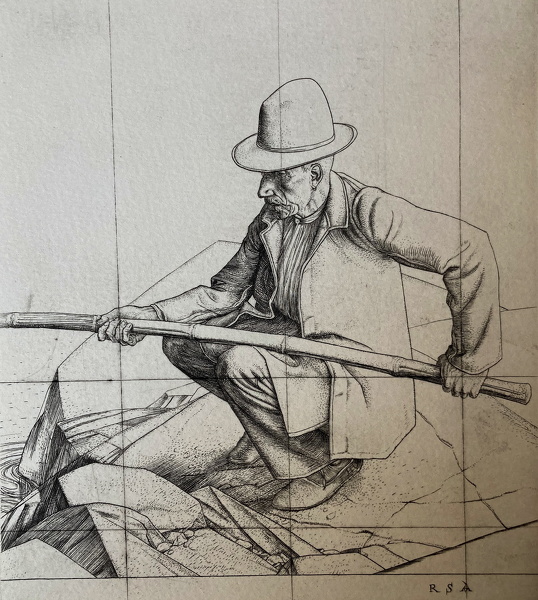 
Robert Austin's original etching plates were rediscovered in 2007. They represents all aspects of the artists oeuvre, from his first engraving (The Bridge, 1913 ) to his his last (Frost in May 1971). Although, as was common practise amongst print makers, Austin cancelled his plates after their edition run, the manner in which he did this is remarkable. Far from defacing the compositions by scratching lines across the centre, or drilling holes in the plates, Austin drew precise lines of different proportions, dissecting each composition, responding individually to each image. As such the geometry of each composition appears heightened, and the plates take on a abstract beauty of their own.

Austin's period of greatest acclaim was during the etching boom of the 1920s (which ended abruptly with the Wall Street Crash).  The Fisherman, which is amongst his most accomplished of prints,  demonstrates his skill at the height of his acclaimed  power.