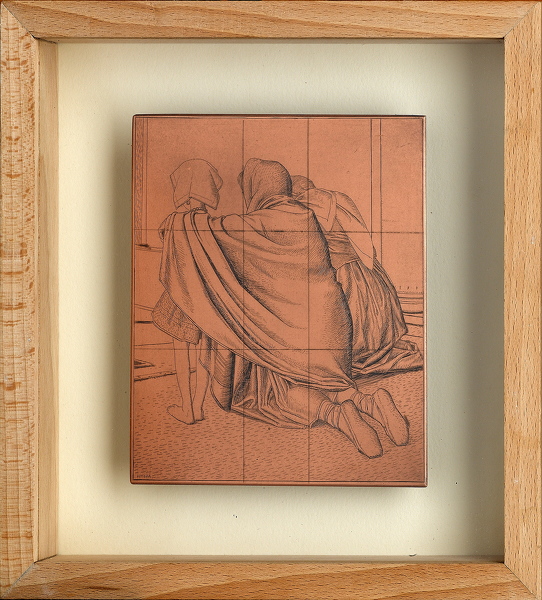 Women in Church was one of the earliest line engravings completed by Austin during his tenureship at the British School in Rome (1922-25).   Austin was one of the greatest exponents of line engraving  -  Campbell Dodgson, Keeper of Prints and Drawings at the British Museum, who compiled the standard reference work on Austin, compared him to Albrecht Dürer, noting that Austin had ‘more than a touch of that master in him’ (Dodgson, Robert Austin, exh. cat.,Twenty-One Gallery, London, 1930).