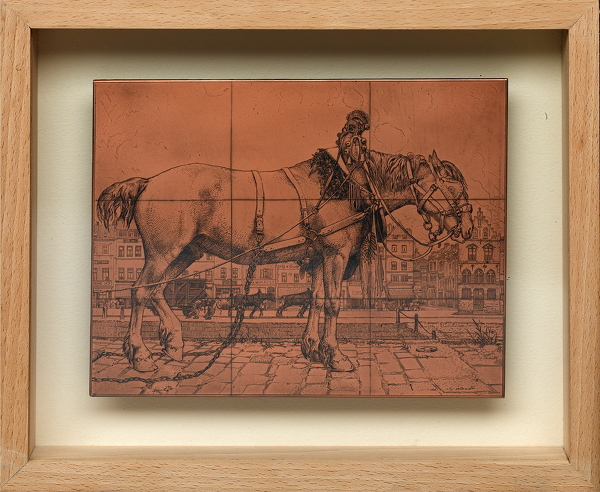 In the long vacation of 1921, we decided to take our cycles over to France and travel down the old battle line to renew our acquaintance with the places where we had been during the War.  We landed at Ostend and it was here that he made the sketch “The House of Ostend”, with its background of quayside houses.

We cycled westwards to Nieuport, where was where the old trench system reached the coast ….

A short distance to the South lay Ypres, which was slowly beginning to emerge from the devestation caused by 4 years of constant shelling.

Austin – notes from Robert Austin and Norman Tennant, A Record of Friendship